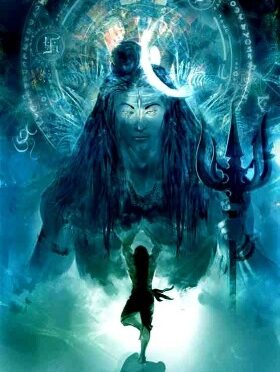 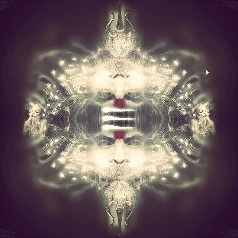 If detaching oneself from situations (vairagya), for example in order to restrain the senses and further progress on The Path, it can lead to the common misinterpretation that one is either ignorant/arrogant or just appearing to saddle their own spiritual high horse (with their over inflated spiritual “ego” alongside for the ride). People can misinterpret ones sense of redirection as appearing to ‘know it all’ or think that one is trying to place oneself above others, looking down on them rather than trying to help them on their own difficult journey. 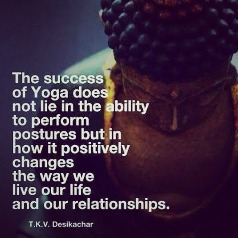 On the other hand, we could all strive to offer more compassion/empathy/love and understanding, rather than our more common negative and judgemental ‘spiritual opinions’ (with the spiritual “ego” alongside and in full effect). Whilst detaching (vairagya) from certain situations or social circles we appear aloof, therefore us yogis should endeavour to integrate with others in tandem with reclusive work for inner development. This is where the real power of karma yoga – selfless service/voluntary work (seva) – can come into full effect. 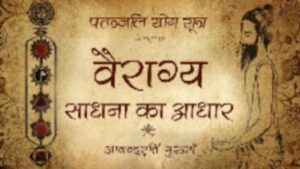 Whilst using vairagya at work (detachment to expected outcomes and dispassion towards goals that are achieved) one can transcend the body, mind and ego by offering all to the Divine. The Divine may be your parents/family, it may be your own perception of spirituality, it may be a Higher Power (God) or one of your own chosen deities – whatever resonates with you. With the correct attitude at work then one can learn to consecrate one’s actions towards the Divine. 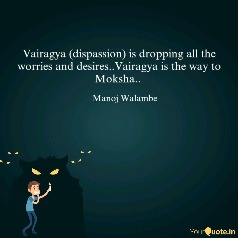 As is said in the ancient Sanskrit texts Bhagavad Gita: Chapter 4, Verse 18:

Translated as “Those who see action in inaction and inaction in action are truly wise among humans. Although performing all kinds of actions, they are yogis and masters of all their actions.” The commentary says such things as follows, where inaction becomes action within non-action, almost like a dynamic meditation grounding ourselves deeper in the normality of our day to day tasks, whichever we choose them to ‘be’:

One type of inaction that arises is when people take the view that their social duties/career are tiresome, then they renounce them out of laziness. They may indeed have given up their actions physically (vairagya) but their mind continues to wander and contemplate upon the objects of the senses. Such persons may appear to be inactive, detached and comfortable from within but their lethargic idleness is actually ‘sinful’ action. When Arjuna suggested that he wished to shy away from his duty of fighting the war, Lord Krishna explained to him that it would be a sin and if so, he would go to the hellish regions of the netherworld for such inaction. 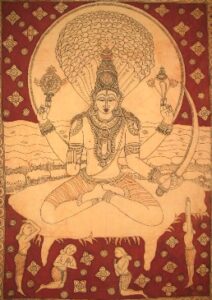 There is another kind of inaction performed by karma yogis. Here the karma yogi executes their social duties without attachment to any form of results (vairagya), dedicating the fruits of their actions to the Divine. Although whilst engaged in all kinds of activities, they are not entangled in karmic reactions, since they have no motive for personal fulfilment. There were many great Kings’ in Indian history – Dhruva, Prahlada, Yudhisthira, Prithua, and Ambarisha – who discharged their stately duties to the best of their abilities and yet because their minds were not entangled in material desires, their actions were termed Akarma (or inaction). Another name for akarma is karma yoga which is discussed in some detail during the previous two chapters of the Bhagavad Gita. 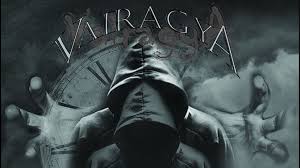 This is why in the Bhagavad Gita Lord Krishna taught Arjuna renunciation of action, not renunciation of the body. One need not turn away from one’s social duties, responsibilities and status (vairagya). Instead we must strive to fulfil those duties which have to be done as a form of worship, as offerings of one’s intelligence, talent, qualities, thoughts and feelings, all consecrated to the Divine. This can be carried out in a spirit of gratefulness for the chance given, without any inherent trace of egoism or a sense of attachment to the fruits of one’s actions. Our obligatory karma’s must be worked through, wherever we are, with sincerity and compassion. These karma’s are then exhausted and during such, awarded continuously by the required discrimination and detachment used throughout the entire process.